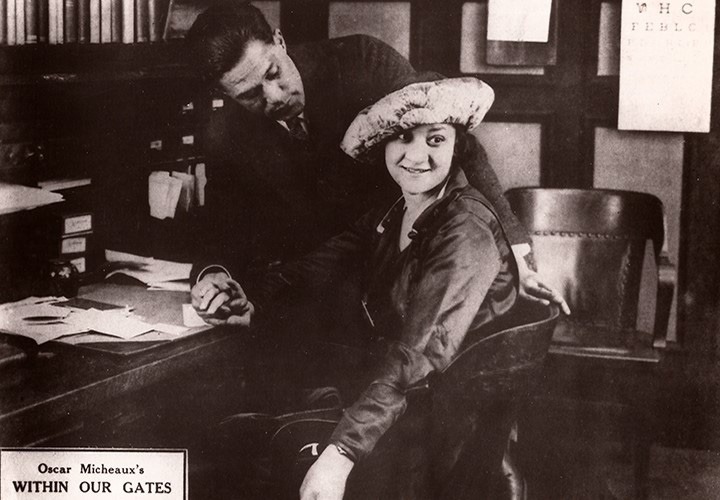 On Sunday, May 19th, 2019, the Finger Lakes Film Trail (FLFT) held its second event — a screening of Oscar Micheaux’s 1920 film Within Our Gates with an introduction by historian Dr. Barbara Tepa Lupack at the Carriage House Theatre at the Case Research Laboratory/Cayuga Museum. The event was well-attended and included people from Rochester who had come to FLFT’s launch at the Dryden Theatre at George Eastman Museum in late April.
The Finger Lakes Film Trail  is a new and evolving project that offers a fresh and exciting opportunity to interpret the singular history and culture of central New York by highlighting some of the greatest motion picture innovations at three sites: the George Eastman Museum in Rochester, the Wharton Studio Museum in Ithaca, and the Case Research Laboratory in Auburn. Film events, lectures, and screenings are planned and will be hosted at each of the partner sites. The FLFT is supported in part by a grant from Humanities New York.
Stay tuned for details about future FLFT events in Ithaca and beyond.
Posted in WSM News.