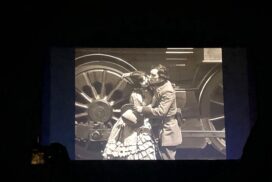 Silent Movie Under the Stars

Each late August since 2011, Wharton Studio Museum, in partnership with the NYS Office of Parks, Recreation and Historic Preservation, has brought a silent film to the big screen -- and with live musical accompaniment by Cloud Chamber Orchestra -- to beautiful Taughannock Falls State Park. This cinematic event under the night sky has become one of the most popular summer traditions in the region! 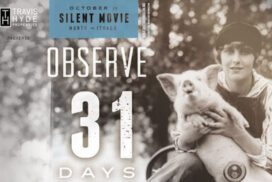 In 2012, City of Ithaca Mayor Svante Myrick proclaimed October in Ithaca as Silent Movie Month, a month-long celebration of silent film and Ithaca’s role in early movie making history produced by Wharton Studio Museum in collaboration with many local organizations. Join WSM each October for screenings, exhibits, and events at Cornell Cinema, Cinemapolis, and many other local venues. 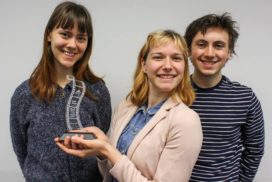 WSM's film festival for youth has a new name! Quiet on the Set! Film Festival showcases short, black and white, silent films made by middle and high school students in the Southern Tier. Co-founded in 2016 by then Ithaca High School senior Fiona Okumu, the festival provides a forum for young filmmakers, and those who have never before thought about making a film, to explore the world of visual storytelling. The festival premiered at Cinemapolis in 2017.  WSM is grateful to the Roy H. Park School of Communications at Ithaca College for being the Presenting Sponsor of the festival for  the past several years and for hosting the Screening & Awards Ceremony in its state-of-the-art Park Auditorium on IC's campus. Due to the pandemic the festival was virtual in 2020 and 2021. Quiet on the Set! hopes to be an in-person event this spring 2022!

Party for the Park