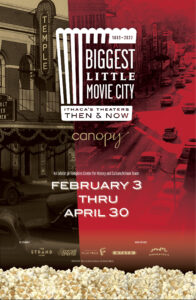 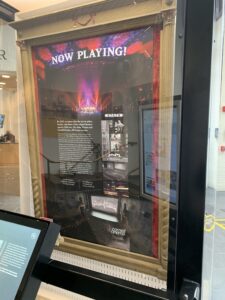 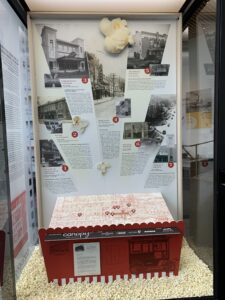 Wharton Studio Museum and Historic Ithaca are excited to have collaborated on Biggest Little Movie City: Ithaca's Theaters Then and Now, a new multimedia exhibit highlighting and celebrating Ithaca’s rich legacy of movie making and watching. The exhibit is on view 10am-5pm Tuesdays through Saturdays from February 3 through April 2022 at the Tompkins Center for History and Culture's Atrium Tower, 110 N. Tioga Street/The Commons in downtown Ithaca.

By the mid-nineteen teens, downtown Ithaca boasted an abundance of beautiful theaters –- The Star, The Crescent, and The Lyceum among them -- where the city’s denizens flocked daily to watch movies and episodic serials. The development of motion pictures and the burgeoning of the movie industry –- including the city’s own Wharton, Inc. Studios -- allowed people to be transported to other worlds and escape, for a time, their daily routines by simply paying an admission fee to enjoy a movie on the big screen.

Curated by Historic Ithaca and Wharton Studio Museum and designed by Joe Lamarre of Uncommonplace, the exhibit explores all seven movie theaters in downtown Ithaca, as well as the Willard Straight Theater on Cornell University’s campus, built in the late 20s, and the current home of Cornell Cinema. Digital screens on either side of the Atrium Tower afford the visitor the opportunity to dive more deeply into related materials, including film clips from the Wharton Studio era, and to discover more about what the moviegoers’ experience was like in that era.

The exhibit is made possible by Canopy by Hilton Ithaca Downtown. The hotel is built on the site of the former Strand Theatre and its Strand Café is named for the theater. Exhibit Co-Sponsors are The State Theatre in Ithaca and Cornell Cinema; and the exhibit’s Media Sponsor is Cinemapolis.