Wharton Studio Museum’s popular exhibit Romance, Exploits & Peril — which was installed at Gimme! Coffee on W. State Street all summer-long —  is moving to the Tompkins Center for History & Culture (TCHC) on the Commons in time for October which is Silent Movie Month in Ithaca. The three-dimensional photo gallery  features a who’s who of Wharton Studio cast and crew, and was designed in 2011 as part of WSM’s county-wide exhibit called Romance, Exploits & Peril: When Movies Were Made in Ithaca.  Eight years later, we have updated the exhibit and are thrilled to be re-installing it just off the Atrium in the TCHC. All credit for the beautiful work must go to Joe LaMarre/Uncommplace who designed the installation, and to Julie Simmons-Lynch who crafted the text. Joe and Julie have been our creative team since 2011 and produced numerous exhibits for WSM, including our new permanent exhibit in the Tompkins Center for History & Culture.  Thank you, too, to The Frame Shop, for generously contributing the frames for the exhibit.  Hope you will visit the installation (it will be there for six months ), as well as our permanent exhibit located in The History Center’s main exhibit hall in the TCHC. 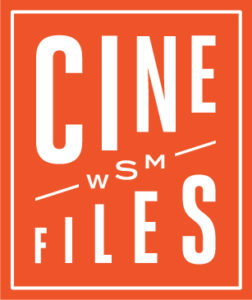