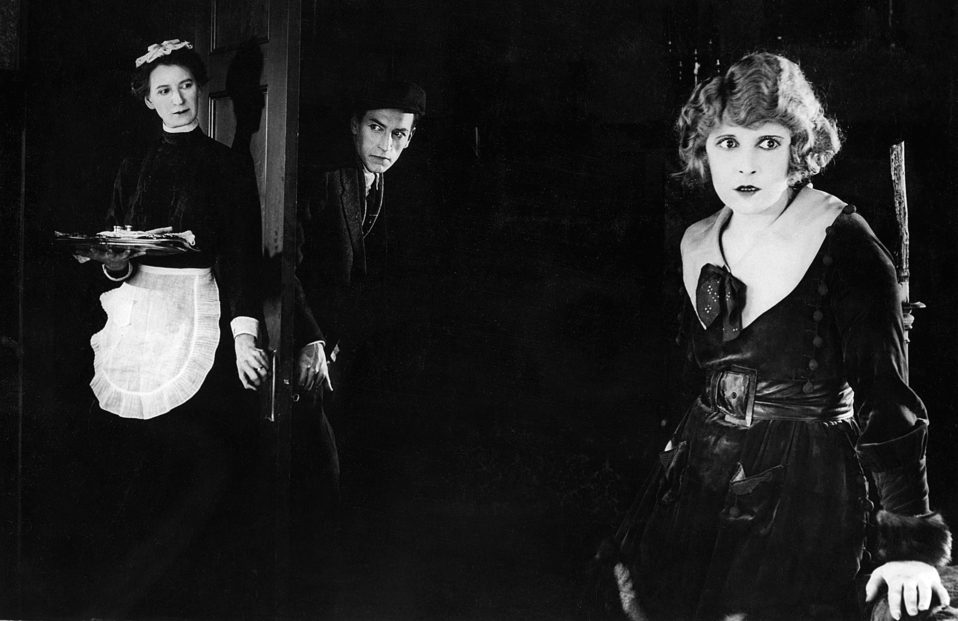 Join WSM as it goes on the road to the Dryden Theatre at Eastman Museum for a rare screening of Episodes 1-4 of Wharton Studio’sThe Exploits of Elaine, masterfully restored by Eastman Museum, on Thursday, April 25th at 7:30pm.  With live music by Philip Carli, one of the world’s preeminent accompanists of silent film.
Wharton Studio Museum is excited for this opportunity to co-host an event at the Dryden Theatre at Eastman Museum.
The evening includes the launch of a new project, the Finger Lakes Film Trail, an exciting partnership between Wharton Studio Museum, Eastman Museum and Case Research Laboratory and Cayuga Museum, celebrating the Finger Lakes Region’s role in and contribution to early American filmmaking.
Tickets for the April 25th screening will be  available in March 2019 at www.eastman.org.
Ted and Leo Wharton may well be the most prolific silent filmmakers whom few people today have even heard of.  Between them, the brothers produced 600-700 pictures, many of them sensation-filled serial episodes that they filmed at their studio in Ithaca, NY, from 1913-1919. The first of those serials, the thirty-six-part The Exploits of Elaine (1914), is reputed to be among the first films to earn over a million dollars at the box office, and was recently named to the U.S. National Film Registry.  Financed by William Randolph Hearst, the films starred serial queen Pearl White as a “New Woman”-type heroine determined to find her father’s killer, The Exploits featured famed forensic detective Dr. Craig Kennedy (Arnold Daly) and the mysterious villain “The Clutching Hand” (Sheldon Lewis).
Join us!  More details as they become available….

Your ticket for the: Exploits of Elaine screening at Dryden Theatre, Eastman Museum in Rochester, NY.